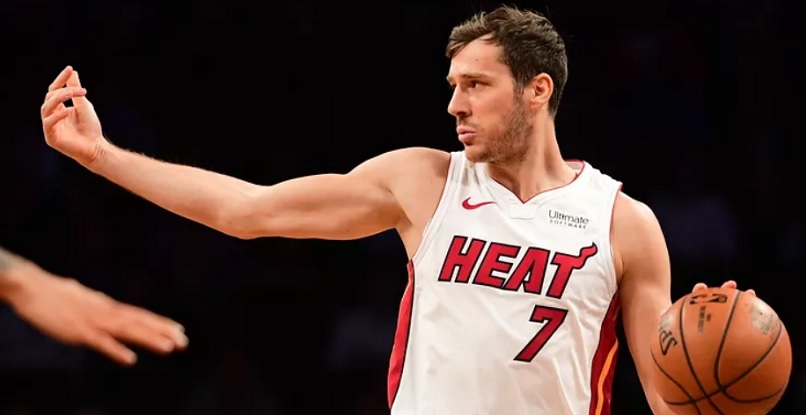 The Chicago Bulls will take on the Miami Heat on Friday night in the NBA.

The Bulls (5-10, 3-5 home) have been rather poor so far, as it was pretty much expected, although due to the futility of the Eastern Conference they are actually just 1.5 games behind the last playoff spot. With a young roster, the Bulls just don`t have enough weapons to challenge the better teams, and they don`t have a single victory against a decent opponent this season. Last time out they managed to defeat the lousy Pistons after a three game losing streak.

The Heat (10-3, 4-3 away) are on a roll right now with four consecutive teams, and are playing some of the best basketball in the NBA. While the roster isn`t necessarily fantastic, Miami has put together pieces that fit, the team has great chemistry, and is putting on display excellent team basketball. Of course, they also have a superstar in Jimmy Butler who can take over when things go south. Him or Dragic.

Team news & injury report: Porter, Felicio and Kornet are out for the Bulls, while Hutchinson is doubtful. The Heat will miss Waiters, Jones Jr, Okpala and Winslow, while Johnson is probable. Both teams seem equally hurt by injuries.

It may be fair to say that the Bulls have actually been worse than their 5-10 record suggests this season. Looking at who they beat, we are talking about the Pistons (twice), the Knicks, the Grizzlies and the Hawks. These may well be the four worst teams in the NBA along with the Warriors, at least at the moment.

The Bulls have not proved they can hang with a good team so far, and they haven`t won consecutive games all season, so there`s no reason to expect these trends to change now. Miami is confident, well coached and well organized, so they should be able to take care of business tonight and extend their winning streak. Hard to see the young Bulls getting the better of a side with such good chemistry.

My tip will be Miami to win, a pretty simple and straightforward bet which should have a very good chance of winning. Prediction: Chicago Bulls – Miami Heat 104 – 111.