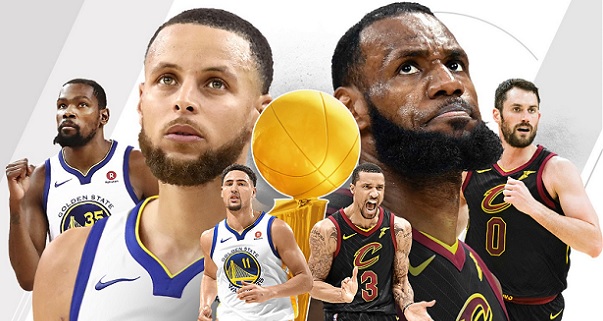 The Cleveland Cavaliers will attempt to stay alive in the NBA finals, as they return to Cleveland for Game 3 on Wednesday night trailing 0-2 to the Golden State Warriors.

After surprising everybody with their excellent Game 1 performance, a game they lost by 10 in overtime but should have won in regular time, the Cavs got blown out of the gym in Game 2 against the Warriors. Cleveland managed to stay reasonably into touching distance for the first three quarters, but they were always behind by multiple possessions and eventually got routed in the 4th quarter, losing by 19 points.

The Warriors weren`t necessarily spectacular in either of the first two games (they were flat out bad in Game 1), but they just have so much quality that they were able to take this 2-0 lead into Cleveland. Game 2 was a good performance from the Dubs, who controlled the pace for the entire game and allowed Steph Curry (33 points, 8 assists) to run the show – and when that happens, good things will always occur for the Warriors.

Team news: Andre Iguodala (questionable) might return for the Warriors after a 6 game absence, and that would make both teams fully healthy. However, Iggy is not sure to play, and as a personal opinion I`d say he`s more likely to miss the game. The Cavs are expected to make some changes to the rotation, with Rodney Hood getting some minutes and Kyle Korver potentially starting over JR Smith.

The Cavs will play for their lives in this Game 3 so expect a lot of energy from them at home, and Lebron should have at least some minimal help from the role players – who regularly played better at home than away in these playoffs. However, you have to ask yourself if there is enough quality on this Cavs team for them to beat the Warriors, even with them being fired up and having home court advantage.

The Cavs were in the same situation last year, except they had another superstar on the team, Kyrie Irving. The result was that they lost Game 3. While this is obviously a different game, the point is that motivation, home court advantage or effort are not always enough when the gap in talent is so big – and this year it`s definitely much bigger than last season.

I picked the Warriors to sweep these finals and I see no reason to change my mind. As long as they come out focused and don`t have a miserable night, they should have too much firepower for the Cavs here. And one would expect them to be focused, as they want to put their foot on Cleveland’s neck and avoid a repeat of the Western Conference finals – when they let their guard down and allowed the Rockets back into a series, eventually needing a Game 7 to close it out.

I`m riding with the Dubs for a third straight time in this Game 3, and my tip here will be Golden State to win straight up. With the Warriors having won 9 of their last 10 games against the Cavs, odds higher than 1.50 for the straight away win seem pretty nice if you ask me. Prediction: Cleveland Cavaliers – Golden State Warriors 111 – 119.