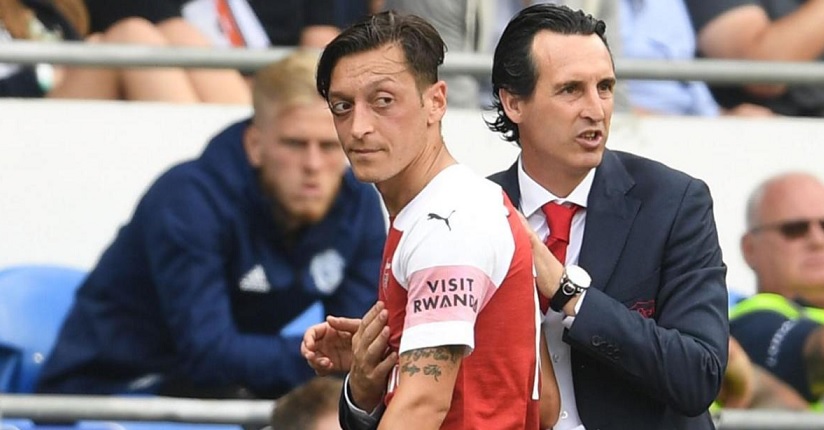 Leicester City will take on Arsenal in the Premier League match of the day on Saturday.

Leicester City are third in the table after 11 rounds, and the Foxes are having a remarkable season, reminding fans of their memorable campaign back in 2015/2016, when they won the BPL title. Leicester is in excellent form, having won 7 of the last 8 matches in all competitions, and four in a row – including an incredible 9-0 victory at Southampton a couple of rounds ago. Last time out, they beat Crystal Palace 2-0 on the road last weekend.

Arsenal is going through a small crisis, and Unai Emery’s job is in real danger at the moment. The Gunners only defeated Guimaraes (barely) in the last six matches in all competitions, despite having quite an easy schedule. As a result, Arsenal is sitting on the 5th place in the table, with an unenviable 4-5-1 statline. In the last week Arsenal played two 1-1 draws, against Wolverhampton at home and against Vitoria Guimaraes away.

Both teams are in good condition health – wise. Leicester will only miss Matty James, while Arsenal only has Dani Ceballos out injured.

This Leicester side is looking really good under Brendan Rodgers, and the Foxes will fancy their chances to take on the Gunners in their current situation.

Arsenal is looking poor right now, and it`s not just the results, it`s mostly the way they play. Emery seems to have no idea how to get out of the slump, and it`s seeming increasingly likely that he has lost his hold on the locker room. The offensive game is not there for Arsenal, despite having lots of talent in that area, while the defense is extremely prone to mistakes, and almost guaranteed to make one huge costly blunder each game.

Leicester in their current form and with their excellent tactical consistency should be able to get past an Arsenal team with low morale and which doesn`t seem to know exactly what they are playing.

In any case, it`s hard to see Arsenal winning this game considering that, in good tradition, even on their best days they have been trash on the road this season – where they only beat Newcastle on August 11th and Frankfurt on September 19th in eight matches in all competitions this season.

Arsenal is also on the back of a trip to Portugal on Wednesday, and they have played a ton of football lately, so that could hurt them even if some of the key players were rested against Guimaraes.

My tip will be Leicester to win with +0 asian handicap security (draw no bet). One thing I don`t like about the bet is that the odds are lower than normal due to the circumstances and the form of the teams. But on the other hand, these circumstances also increase the chance for a home win, so I guess all in all the price is at least fair. Prediction: Leicester City – Arsenal 2-1.