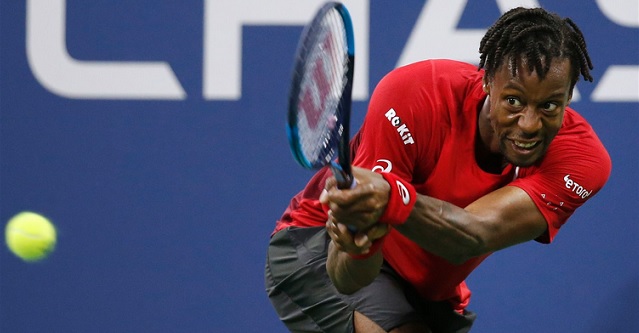 Surprise quarterfinalist Matteo Berrettini will face off against Gael Monfils in Day 10 at the US Open on Wednesday.

Berrettini had an excellent season overall so far, and was particularly impressive during the grass court swing, when he won the title at Stuttgart, reached the semifinals in Halle and the R16 at Wimbledon. However, he did not have a good preparation for the US Open, losing his only hard court match during the American hard court swing – an ugly defeat to Londero in Cincinatti. But that certainly did not stop Berrettini over these past 10 days. The Italian defeated Gasqet, Thompson and Popyrin (all in 4 sets) before shocking Rublev in straight sets in the previous round.

Gael Monfils already showed glimpses of his best self this Summer during the US Open series, reaching the Montreal Masters semifinals before retiring pre-match vs Nadal with an ankle injury. Gael got healthy, and picked up right from where he left off. The Frenchman has been brilliant so far at Flushing Meadows, getting past Ramos, Copil, Shapovalov and Andujar. He won three of his matches in utterly dominating fashion, only struggling against the in form Shapovalov. Gael dropped two sets in that third round match, but came out on top, and deservingly so.

This will be the first H2H meeting between the two players. The surface here at US Open suits both of them like a charm, so nobody will have a particular advantage from this point of view.

Berrettini is on the back of a great performance against Rublev, which I have to admit I did not see coming, and it probably surprised Rublev as well. It took the Russian some time to get in the match, and by then it was too late.

Fact is that Berrettini wasn`t necessarily spectacular before the Rublev match. Sure, he played well, but had to work hard in all his matches. In the third round against Popyrin he didn`t look that great. It was often a struggle, especially in the 4th set, when Berrettini was not sharp at all. Popyrin should have pushed it into a decider, but double faulted twice at set point (had three of them). And it`s not like Popyrin was playing lights out to get himself into that position.

Monfils has been on fire during this North American hard court swing, and has played lights out for most of this US Open – particularly in the last round against Andujar, who was barely able to win 5 games. Surely one must feel that Gael won`t miss the chance to reach his third ever Grand Slam semifinal. The Frenchman will be well aware of the danger Berrettini poses, he will be on his game, and his experience could and should prove decisive.

My tip will be Monfils to win. The Bulldog Berrettini will put on a fight and it might not be a walk in the park, but eventually the stage could be too big for the newcomer against a savvy veteran like Gael, who`s in his best form. Prediction: Gael Monfils – Matteo Berrettini 7-6 4-6 7-5 6-3.