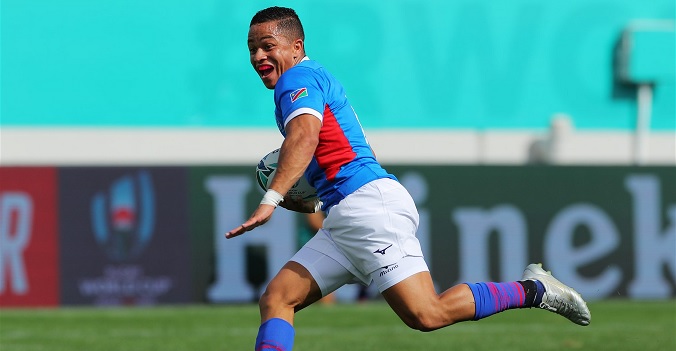 UPDATE: Namibia vs Canada has been cancelled, so the bet is void

Namibia and Canada are scheduled to play their last 2019 RWC match on Sunday, although the Super Typhoon Hagibis may force the games to be canceled and ruled as draws. If the game does go on as planned, Namibia and Canada will fight for pride and to avoid the last place in Pool B.

The Namibians made a pretty good account of themselves so far, particularly in their first match against Italy, when they scored 22 points in a 22-47 loss. Their following outings were always going to be blowouts and indeed Namibia lost 3-57 against South Africa and 9-71 against New Zealand. The Namibians were dubbed as the worst team in the group (and in the RWC as a whole), but now they have a real and massive chance to surpass al expectations and claim their first ever World Cup win.

Canada has been nothing but disappointing since the previous World Cup, taking a pretty long step back, and they didn`t do anything to change that impression in this year`s tournament. The Canadians were useless in all games, losing by 41 points to Italy, by 63 points to New Zealand and by 59 points to South Africa. It can be argued that Canada showed some small improvement in the previous match against the South Africans, or at least showed some heart – as they kept fighting despite getting a red card in the 34th minute.

Namibia will field a very experienced lineup for this clash. Canada has not yet released its lineup, but is sure to field a strong starting XV as well, as this is the big match of the RWC for both teams.

This was going to be the real final of the competition all along for both teams, as neither had a chance against New Zealand, South Africa and Italy.

Based on what we saw so far, Namibia has been without a doubt the better team: playing closer games, scoring more points than Canada, and allowing less. They even had a game in which they were competitive, that 22-47 loss against Italy.

The Namibians also have an edge which often proves crucial in World Cups, particularly at this late stage of the groups. They have two extra days of rest compared to Canada. The Canadians will have a short 5 day turnaround, and they also put in a lot of extra effort in the previous match against the Springboks, having to compensate playing 50 minutes with 14 men.

It remains to be seen if the match will take place, which we`ll found out Sunday morning (Japan time). If it will be played, there`s also the likelyhood of very rough conditions, so that could make things unpreditable and must be taken into account before jumping head in.

But the value does lie on Namibia to claim a historic first ever World Cup win. They won`t have a better chance than this anytime soon, and have a huge shot to take advantage of the current state of Canadian rugby.

The Canadians are dreadful right now, they barely scored 14 points in this World Cup, and they are the real underdogs in this game, despite being slightly favored by the bookies. My tip will be Namibia to win and odds are currently dropping on this bet. Prediction: Namibia – Canada 20 – 15.