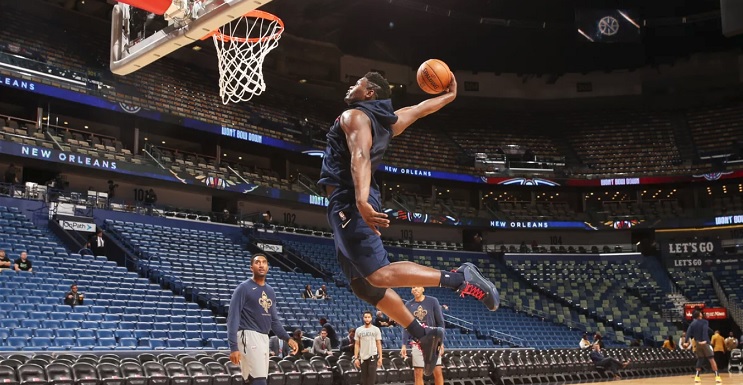 Arguably the most hyped draft pick since LeBron James, Zion Williamson, is expected to finally make his NBA debut when the New Orleans Pelicans host the San Antonio Spurs on Wednesday night.

The Pelicans (17-27, 8-13 home) have been in pretty good form lately with 6 wins in their last 10 games, a pretty good stretch for a team which is one of the weaker ones in the NBA this season. Finally getting Zion Williamson healthy on the floor will be the highlight of the season for New Orleans, and fans are expected to turn up in numbers to see their new franchise player.

The Spurs (19-23, 7-13 away) have won two in a row and are back in the playoff hunt after having a very poor start to the season. In fact, a win tonight could lift them to a playoff position, so there’s certainly a lot of incentive for Popovich’s side to claim a third straight win – and a 6th one in the last 9 games.

Team news & injury report: The Pelicans will miss Miller and Williams, neither of them being very relevant. Hart, Okafor and Favors are questionable, while Holiday and Redick are probable. Zion Williamson is expected to play. The Spurs will miss Carroll, while Gay is listed as probable.

Zion Williamson’s debut will be a big deal for NBA fans. His hype coming into this season has been crazy, although it has been vastly exagerrated by the fact that he is a very exciting player to watch. It’s hard to think he will ever live up to the hype and become one of the game’s best ever players.

Zion’s huge frame is already causing serious injuries, as he has missed all season so far with a knee issue.

The bookies have set the points total for him at 13,5 tonight, and that seems a bit high – undoubtedly influenced by his popularity among fans.

This will be Zion’s first NBA game and he will play against a good team, coached by the great Gregg Popovich, who will certainly know how to defend him and make life tough for him.

Most importantly, Zion is highly expected to be limited in minutes, with most NBA insiders aproximating he will play around 20 minutes in short bursts.

It’s hard to believe Zion will have a remarkable game in these conditions. He could be a 15-10 or even 20-10 guy later this season, when healthy and accustomed to the league. But in his first game, not fully healed and on a minutes restriction, reaching 14 points seems a very tall task.