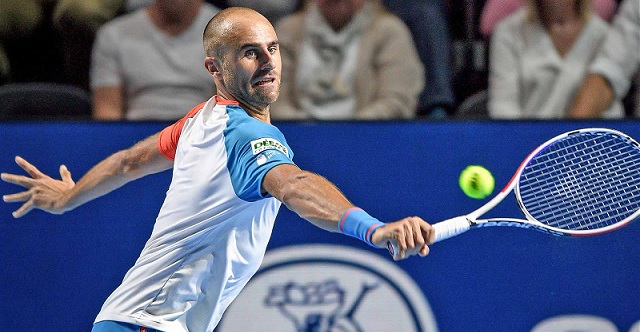 Spaniard Pablo Carreno-Busta will take on Romanian Marius Copil in the second round at the ATP 250 event in Winston Salem.

Carreno-Busta seems to be regaining his form after a pretty difficult first part of 2019, in which he also struggled with an injury that kept him out for almost three months at the beginning of the year. The Spaniard is coming after a solid display at the Cincinnati Masters, where he passed qualifications and reached the third round (def. Simon, Isner), making a good account of himself in a 3-6 4-6 loss to Djokovic. It was the second good result in the last month for Carreno, who also reached the SF’s in Hamburg. Here in Winston Salem he has been seeded and had a bye in the first round.

Copil is having a disastrous year, which is a huge disappointment considering that 2018 has been by far his best season on tour, and he was expected to take the next step in 2019. His win – loss record this season is 11-22, and that includes qualifications, challengers and Davis Cup matches against very low ranked opponents. He won main draw consecutive matches only once all year on tour, at the Surbiton challenger on grass back in early June (his semifinal showing there was his best result of the year). Here in Winston Salem he defeated Klizan in a tight three setter in the first round, with Klizan being another player struggling badly with his form.

Marius Copil is definitely in a critical moment of his career, he was hoping to break the Top 50 this season, but as things stand chances are he might not even be Top 150 at the end of the year, as he has a ton of points to defend in the last couple of months of 2019. He parted ways with coach Andrei Pavel at the start of the season, then they got back together in the Summer once Copil’s game plummeted, but things have continued to go downhill. It has been a mess, really.

Copil won one of his last 4 matches, and 2 of his last 8. Copil`s win over Klizan in the first round barely tells us anything, as it came against a similarly struggling player, with Klizan barely getting any wins himself lately. It was a grind which went back and forth, a battle between two poor players at the moment if we`re being honest.

Carreno-Busta played well last week in Cincinnati, he is regaining his rhythm, and he also looked extremely fired up and motivated last week in Cincy – so he`s clearly focused to get some good results these weeks on the US hard courts. He also dismantled Copil just 10 days ago.