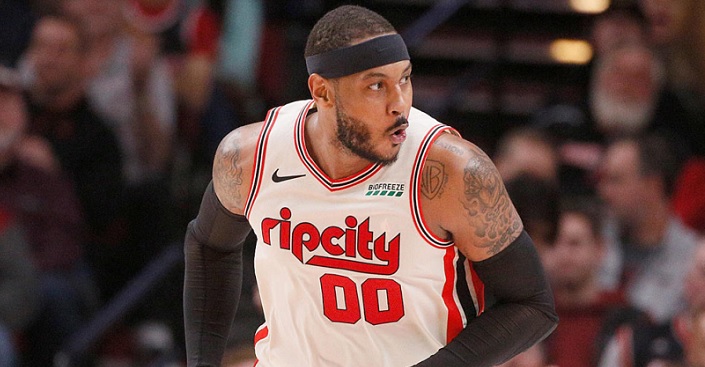 The Portland Trailblazers will host the Phoenix Suns on Monday night in the NBA.

The Blazers (14-19, 8-8 home) had a horrible start to the season, then started to find their groove, but recently fell out of form again with three consecutive losses. Overall it has been a poor season so far for last year’s Western Conference finalists. They are currently on the last playoff spot in the West, but the expectations are much higher.

The Suns (12-20, 6-8 away) finally acquired a quality point guard in the form of Ricky Rubio over the Summer, and surprised everybody with an excellent start to the season. However, the enthusiasm quickly faded and now the Suns seem to be back at their usual place as one of the weaker teams in the league. Phoenix has lost its last 8 (!!!) games. Only the Hawks are in worse form.

Team news and injury report: The Blazers continue to be without Nurkic, Collins and Hood. Labissiere is also out, while Hezonja is doubtful. The Suns will miss Ayton, while Kaminsky is listed as probable.

The odds on the Blazers are pretty generous here and are surely influenced by all their injuries, but it’s not like its anything new for Portland – they struggled with this all season.

Even with all those injuries in the frontcourt the Blazers are still a better team. They have their main guys healthy, and Phoenix will also miss an important piece in Ayton.

The Blazers aren’t playing lights out basketball for sure, but they are meeting a Suns team which simply can’t buy a win right now, and this is the perfect opportunity for the Blazers to get back to winning ways and maybe go on a run.

While it’s true that many of the Suns losses were close, and the team was often competitive during this losing streak, their confidence is completely shot. That was obvious a few nights ago when they collapsed and let a late lead slip against the lousy Warriors.

It will be tough for the Suns to regain their form and confidence in front of the fiery Portland crowd, and against a better team. The Blazers should get back on track and win this, so backing them seems like a pretty straightforward option to me. I wouldn’t have priced them above 1.40 to win this game. Prediction: Portland Trailblazers – Phoenix Suns 117 – 110.