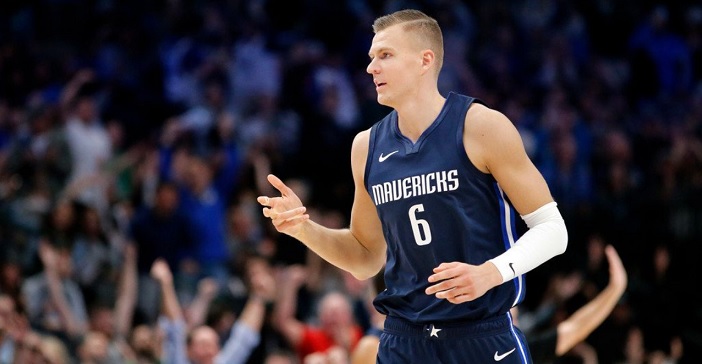 The Sacramento Kings will host the Dallas Mavericks on Wednesday night in the NBA.

The Kings (15-25, 8-12 home) have been a bit underwhelming this season, as they were expected to challenge for a playoff spot, but things didn’t really go according to plan. The Kings have also played poorly lately, losing 11 of their last 14 games (!!), including the last two. They haven’t won against a playoff caliber team in more than one month.

The Mavs (25-15, 13-5 away) will likely get Kristaps Porzingis back tonight, after an 8 game run in which they went 4-4 without him. Although Luka Doncic is the unquestioned leader and best player on this team, Porzingis is his partner in crime, and the big man’s absence has been badly felt particularly on the defensive end. The Mavs are riding a two game winning streak, including an easy victory over the Warriors last night.

Team news & injury report: For the Kings, Holmes is out, Bogdanovic is doubtful, and Bjelica is probable. The Mavs have Broekhoff out, while Porzingis is listed as probable.

Odds on the Mavs are pretty high right now at around 1.75, and no doubt that’s because of the back to back factor. It’s their second game in two nights, and they also faced a very long travel to Sacramento.

Fortunately for the Mavs, they made light work of the Warriors last night, and nobody played more than 27 minutes. With a rested Porzingis also set to return, the Mavericks shouldn’t be too tired tonight.

The Mavs are also 13-5 away from home, the third best road record in the league, so that’s very impressive. They had no problems winning on the road this season.

With Porzingis almost sure to return, and against a Kings team in total disarray, the Mavs should be able to get the job done (even though they did lose once to the Kings earlier this season).

My tip will be Dallas to win and cover the -2 point spread. I wouldn’t be surprised if the line goes up, this handicap seems lower than it should be. Prediction: Sacramento Kings – Dallas Mavericks 105 – 115.