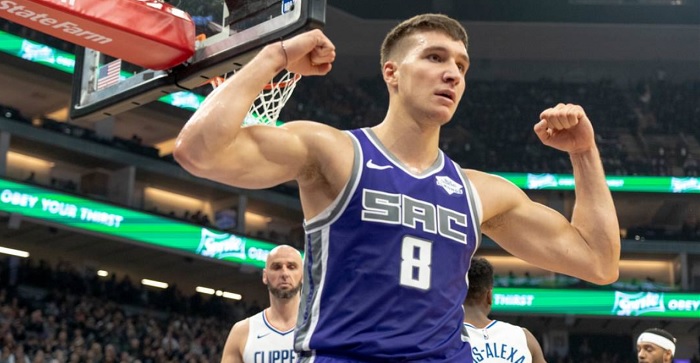 The Sacramento Kings will host the shorthanded Philadelphia 76ers on Thursday night in the NBA, with the visitors continuing to miss their main stars Ben Simmons and Joel Embiid.

The Kings (27-34, 14-15 home) are on a hot run right now, winning three games in a row and 6 of their last 7. They have been rolling in these last seven games, even their sole loss was after a very competitive showing in a very tough road game at OKC. As a result, Sacramento can now feel good about a late playoff push. They are back in the race, only three games behind the 8th seeded Memphis Grizzlies.

The Sixers (37-25, 9-23 away) had an absolutely miserable season on the road this year. They have been a real case of Jekyll and Hyde as far as their home / away performances, and it-s clear that going 9-23 on the road is unacceptable for a team which was supposed to have an outside shot to fight for the championship. Right now the Sixers are in bad form, as they are playing without Simmons and Embiid. They only beat the lousy Knicks and Hawks in their last five games – both at home.

Injury report: The Kings will continue to miss Bagley and Holmes. The Sixers will be without their best players, Embiid and Simmons, while Richardson is a doubt.

Sacramento is rolling right now, and there’s a sense of excitement in the locker room and around the team due to this late and unexpected playoff push. They are confident and sure to come out with a lot of energy in this clash.

Considering the way the Kings are playing, and looking at the atrocious road record of the Sixers, this would have been a competitive game even in normal conditions. But when you take into account that the Sixers miss their two stars (so they are basically not the Sixers we know), you have to feel the Kings are heavy favorites here – arguably heavier than the odds suggest.

I like Sacramento to continue its hot form against this banged up, out of form Philadelphia side. The Sixers just don’t have enough talent to compete with good NBA teams right now, particularly away from home. They have shown absolutely no signs that they can play at a high level without both Ben Simmons and Joel Embiid.

My tip will be a Kings win. I’m going to go with the simpler, straight forward victory, just to stay on the safer side. Prediction: Sacramento Kings – Philadelphia 76ers 114 – 104.