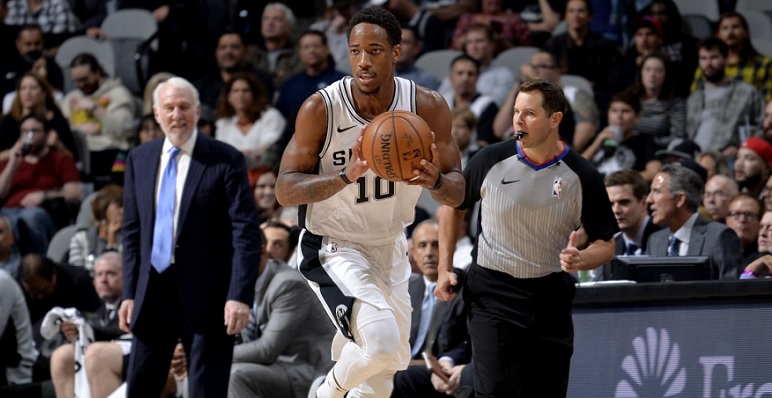 The San Antonio Spurs will take on the Oklhamoma City Thunder on Thursday night in the NBA.

The Spurs (4-3, 3-1 home) started the season very well until recently losing their last two games, at home against the Lakers and away against the Hawks. The Spurs didn`t put on the best performance on Tuesday against the Hawks, they shot the ball poorly and had a horrible fourth quarter. But they will be eager and confident of getting back on track at home, where they are always so strong, when they take on OKC.

The Thunder (3-4, 0-2 away) broke up their team this Summer, trading Russell Wesbrook and Paul George for a chance to start over with young pieces and a bagful of picks. However, the team actually still looks good, with quality guys like Paul, Adams, Gallinari, Schroder of Gilgeous Alexander. The Thunder may not be a playoff team this year, but they will be competitive, as their current 3-4 record suggests. The Thunder are riding a two match winning streak, but are yet to win on the road this season.

Team news & injury report: The Spurs will be at full strength, while OKC will probably continue to miss Roberson.

This should be a good game between two well organized and well put together teams, but when all is said and done, the Spurs are better by a sensible margin, and they play at home.

The Spurs have been really good in San Antonio recently. Last season they had the third best home record in the league, despite only having the best 11th record overall, so that says a lot. This season they started well at home again, going 3-1 and only losing to a stacked Lakers team (in a pretty close game as well).

The Spurs must take games like these if they want to be in the playoffs in such a competitive Western Conference, and after two losses they are due to bounce back and take care of OKC here. The Thunder have not won a road game, or a game as an underdog this season. It`s unlikely they will break those trends in San Antonio.

My tip will be the Spurs to win. Both teams appear to be a bit prone to playing close games, so I will take the straight victory as opposed to the handicap. This looks like a pretty simple, logical and solid bet to me. Prediction: San Antonio Spurs – Oklahoma City Thunder 112 – 105.