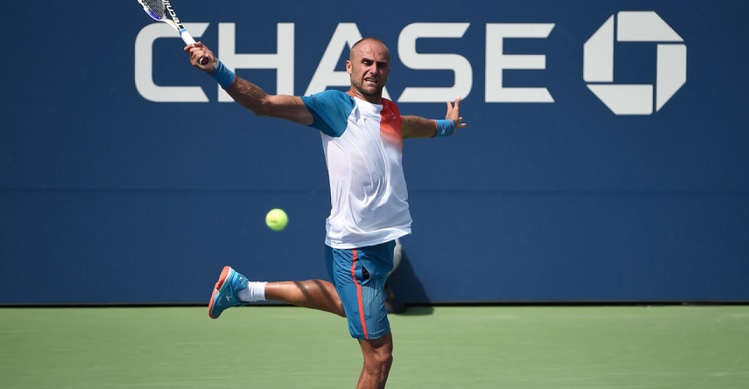 Ugo Humbert and Marius Copil will square off on Tuesday in the first round at the US Open.

Humbert`s year has been really solid so far, and the 21 year old Frenchman has played pretty good tennis recently as well if we go back to the grass court season, when he reached the fourth round at Wimbledon and the semifinals at Newport. He wasn`t that great after the grass though, losing in the second round of both hard court tournaments he entered (lost to Keckmanovic in Atlanta, lost to Paire in Winston Salem). That`s not to say he played badly. In fact, he was at least OK in Winston Salem last week, where he beat Fratangelo and was close to winning against an in form Paire – who ended up reaching the final.

Copil has struggled the entire season and is not in a good moment of his career. The Romanian had his best year in 2018, but could not capitalize at all on those results this season. He changed coaches, then changed again, and his 11-23 record for the year speaks for itself – especially since that record includes lower level matches in qualies, challengers or Davis Cup. Copil is coming after a second round showing in Winston Salem, where he edged Klizan (another struggling player) in three sets before losing 3-6 7-6 4-6 against Carreno Busta. The win against Klizan was only Copil`s second win in his last 9 matches.

The H2H is 1-0 for Copil, who won the only meeting on indoor hard back in 2017. That doesn`t say much, since Humbert was a teenager back then, and it was also indoors, where Copil is always at his best. Both guys are good hard court players, so the surface here at Flushing Meadows will suit each of them fine, but Humbert is more natural on it. He`s a pure hard court player, while Copil is better on indoor hard and on grass.

This really is a bad year for Copil, who seemed to lose match after match this season and barely got a handful of wins on main draws at ATP level. His short term form is not any better, with a lousy 2-7 record in his last 9 matches – the only two wins being hard fought against extremely easy opposition (Torpegaard and a completely out of form Klizan).

Maybe Copil did show a tiny bit improvement in Winston Salem by beating Klizan and stealing a tiebreak from Carreno-Busta, but even the fact that we are talking about that as an improvement tells us a lot about his current level.

As for Humbert, he hasn`t gotten the results he wanted after the grass court season, but he`s not playing badly, and he must fancy his chances here against this out of shape version of Copil.

Humbert has already proven his worth at Grand Slams, coming after a fourth round showing at Wimbledon, while Copil never did anything of note at majors. He has a disastrous 2-12 record on this stage and lost his last three GS matches, all of them this year, all 1-3 in sets. He also never passed the first round at the US Open.

Copil will attempt to stay alive with his strong serve, but that misfired so badly all this year, that you can`t possibly put much trust in it. Humbert should have the edge in most rallies, using his speed and versatility to put pressure on the less mobile Romanian. He`s also a pretty good returner, which makes Copil’s serve even less trustworthy.

For what it`s worth, these two guys played doubles together twice this year on grass, but that should not have an impact on this match.

Maybe Copil can steal a set here if he manages to get his big serve working for 30 minutes in a row or so, or / and if Humbert has a poor spell, but it`s hard to expect more than that from the Romanian. There are clear problems with his game this year and if he keeps this up, he`ll barely be a Top 200 player at the end of the season given that he has a ton of points to defend on his favorite hard indoor surface.