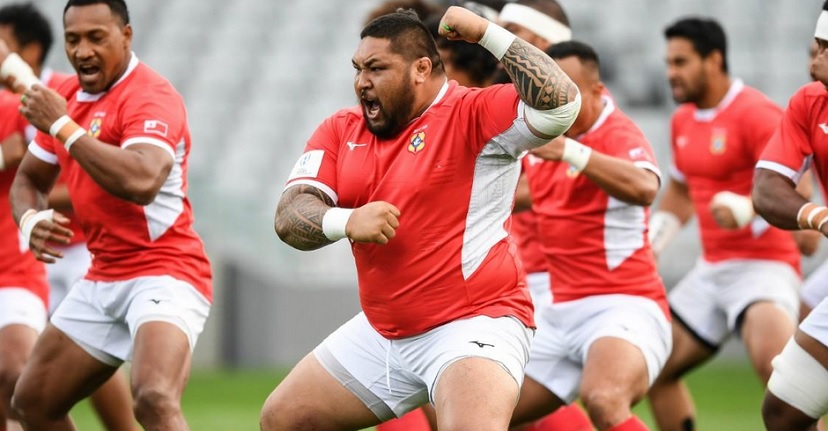 USA and Tonga are set to meet on Sunday in the last match of the Rugby World Cup Pool C, both Nations hoping the game will go ahead despite talks of cancellation due to the Typhoon Hagibis – a case in which the clash will be scored as a 0-0 draw.

USA has been quite disappointing at this World Cup. The Americans showed great progress over the last couple of years, even claiming famous wins over Scotland and Samoa, and were looking to prepared to take the next step at this RWC. However, Team USA was soundly beaten in all three games: 7-45 against England, 9-33 against France and 17-47 against Argentina. Of course they weren`t expected to challenge for wins against these top Nations, but the manner of the defeats was underwhelming. USA competed only against France, when they trailed just 9-12 with 15 minutes to go.

In contrast to USA, Tonga has taken a step back in the last few years, playing poorly and recording some very disappointing results. They came into the World Cup on a clear downtrend, but seemed to have refound their groove at the right time. The Tongans were pretty solid in this competition. The Islanders managed respectable losses against England (3-35) and Argentina (12-28), and pushed France all the way in what ended up as a narrow two point loss (21-23).

Both teams will field strong starting XV’s, with just three changes made by each side compared to their previous games. This could be a problem for USA, which played just five days ago against Argentina.

Both sides will be desperate to win this in order to claim their first victory of the tournament and avoid the wooden spoon in Pool C.

This World Cup started with many specialists rating USA as the better team, and I was completely on the same page with those opinions. But the performances from the two teams have now made Tonga a 5 point favorite in this clash. It is hard to argue with these odds considering what we saw in the previous games.

USA will have a massive problem here in terms of the short 4 day turnaround, and making just three changes to their lineup might be problematic in terms of fitness, especially on what is expected to be a bad / muddy pitch, and against a physical opponent.

It`s hard to believe team USA can flip a switch and suddenly take their game to another level in their last match of the competition, with no time to rest since the previous one.

Meanwhile, Tonga has been solid all tournament and will be confident after putting real pressure on France in their last outing. The unpredictable weather could give them some problems, but USA will play in the same conditions.

The two teams met once since the previous World Cup, a 20-17 win by Tonga in San Sebastian.

Some may see some value on USA and I was actually very excited about the odds on the Americans as well, right from when they came out. But after a deeper look and analysis of the game, you have to feel that Tonga’s form and USA’s short 4 day turnaround will tilt this match in Tonga’s favor. Prediction: USA – Tonga 17 – 21.