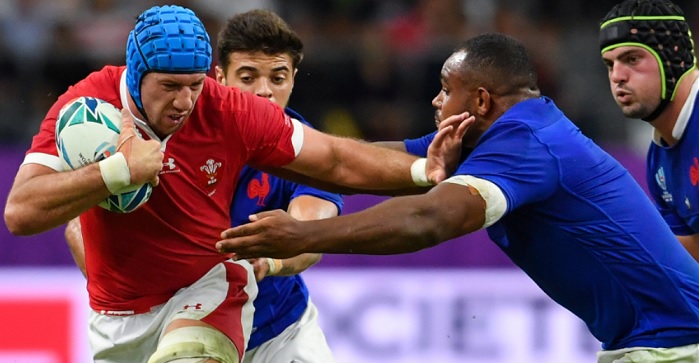 Wales will host France on Saturday in the third round of the 2020 Six Nations.

Reigning Six Nations champion and recent World Cup semifinalist, Wales, has begun life after Warren Gatland in this year’s tournament. The long standing manager finally stepped down after the World Cup, making room for Wayne Pivac to take over as head coach. This change doesn’t seem to have affected the Welsh, as they played their usual brand of rugby at a high level so far in the first two rounds. Wales started off with a 42-0 drubbing given to Italy before falling 14-24 in Dublin in the second round.

The French have won both games so far, making their best start in the Six Nations in many years. France shocked everybody with a 24-17 win over England in the first round, leading 24-0 at one point before England made a late run. The next week France took care of Italy, 35-22, although that win wasn’t particularly impressive. Both matches took place in Paris.

Wales will make two changes to the starting XV which lost in Ireland, both by choice rather than being forced by injuries. France has pretty much cemented a starting lineup in the first two rounds and there won’t be many changes for this clash, but they do have a crisis at left wing with Rattez and Penaud injured.

France is getting a lot of respect after winning the first two games, and deservingly so. However, let’s pump the brakes a little bit on France. It is way too early to conclude that they are finally back after years of futility.

Sure, they have played well, but if you take away the first 55 minutes against England, what do you got? A 0-17 score in the last 25 minutes against the Red Rose, and an unimpressive 13 point win against Italy at home. There is still work to be done.

Most importantly, both of France’s wins came at home, where they are always a tough nut to crack. They are a different animal on home soil, and their performances on the road have been traditionally much worse. In fact, their last road win in the Six Nations against anybody other than Italy was against Scotland in 2014. Against the big boys (England, Wales, Ireland) they haven’t won on the road in the Six Nations since 2011.

Home court advantage will be huge for Wales here, not only because of France’s struggles on the road, but also because the Welsh themselves have always been particularly strong at home. Beating them in Cardiff is an extremely difficult task for any side in the World.

The Welsh have played pretty well so far despite losing in Ireland in Round 2 – that was always going to be a difficult game. They have been in great form over the past year. They are the stronger team here, despite France’s solid start in the competition.

Wales has also dominated France recently in the H2H department, winning 8 of the last 9 meetings, including the last three. However, it has to be said that all of these meetings were extremely close – only one has been decided by more than 10 points. The previous meeting, last year in the World Cup, saw Wales struggling to overcome a 14 men French side by just one point. Still, continuing to win these close games surely gives Wales a confidence boost when taking on France.

France is a bit overrated right now. This should be a good game and will probably be pretty close, but Wales should definitely have enough to claim another win over their rivals. Look for them to be the more pragmatic and steady side, with a young French team likely to make more errors in the heated Cardiff atmosphere.