Big day today for all basketball fans, as the 2021/2022 NBA season is finally upon us! Unable to contain my excitement in the last few hours until the opening whistle, I decided to stay busy by taking a look at the race for the MVP award – which will be one of the closest and most interesting ones in recent history. Who do the odds say are the Top 8 candidates, and what are their chances? Who’s got the favorable circumstances, and who’s got the (oh so important) best narrative?

Luka Doncic (5.50) – He will put up monster numbers, and Dallas is primed to have a great regular season with Jason Kidd as the new head coach, with Luka getting better after another year in the league, and with Porzingis finally healthy the entire off season, able to work on his game and on his role on the team (Kidd made it a priority to get KP involved and happy). If the Mavericks claim a Top 4 seed, and I think they might very well do it, Luka will have the numbers, Dallas will have improved vastly from last season, so “The Don’’ would have the necessary storyline and would be in a prime position to win MVP.

Kevin Durant (7.50) – KD will win only if the Nets finish as the first seed in the East, and Kyrie (and/or Harden) miss a significant amount of time. Both are possible, particularly with Kyrie’s vaccination status up in the air. There’s a narrative right now about KD being the best player in the league, and about his comeback last year after the Achilles tear. The voters are waiting to give him the award if the above mentioned scenarios take place.

Giannis Antetokounmpo (8.00) – The reigning Finals MVP, Giannis is not winning the regular season award this year. He already won it twice back to back in recent years, and there’s nothing more he can do to create a narrative and impress the voters. It is simply not his turn.

Joel Embiid (8.50) – Embiid would have been MVP last season if he hadn’t missed significant time. If he stays on the court, with Philly expected to be good in the regular season and with all the Ben Simmons drama, Joel might actually be the favourite to win. The problem? As always, health. Embiid has never played more than 64 games in a season. Unless he does something we have never seen before, that number of games is probably not enough to win MVP. 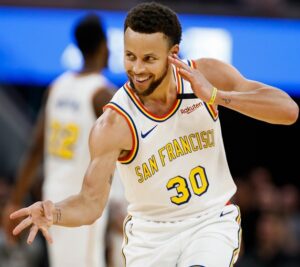 Steph Curry (9.00) – Steph was arguably the best player in the league last season, but with the banged up Warriors only able to claim an 8th seed (and then losing in the play-in tournament), there was no way he could win Most Valuable Player. He has a better chance this year though. The Warriors will be much improved, especially after Klay Thompson’s expected return in December. Klay will have a big impact, but after a long layoff his numbers will likely be pedestrian, so all the success will be attributed to Curry.

Damian Lillard (14.00) – Dame has the popularity, the swag, the narrative. Unfortunately, there’s no way Portland will be good enough for him to get the votes. Being a 5-8th seed won’t win you MVP unless you do something truly miraculous (see Westbrook’s triple double a few years back). Lillard can’t do that.

Nikola Jokic (15.00) – The reigning League MVP has no chance to win again. The media already hated voting for the Serbian big man last year, and the narrative is that, while he had a great season, he kind of won it by default due to injuries to Embiid or Lebron. He is not getting much respect from the US Media, and hell will freeze over before they give him the award a second time in a row.

Lebron James (15.00) – It’s hard for Lebron to win, given the fact that he is on a stacked team, and at his age he might take some games off. But the media would love nothing more than to present him with a fifth (and likely final) MVP trophy for his illustrious career. If the Lakers get the 1st seed and Davis or Westbrook miss some time, Lebron might enter the conversation. And if he is anywhere near contention, the media will jump at the opportunity to vote for him. I do not expect Lebron to win, but I think he is worth a shot at these odds.

You can check out more markets and prices on Odds Shark, if you fancy dipping your toes deeper into other futures for the new NBA season.

I think backing Luka Doncic makes a lot of sense in a vacuum, but are the odds on him worth the risk? After all, we are talking about an outright bet which is influenced by a ton of variables. The MVP race (and futures in general) doesn’t always go according to plan, we know that very well.

Personally, I would feel more comfortable taking a more casual approach, investing lower stakes at higher odds. For that reason, my picks are going to be Steph Curry and Lebron James. Old school!