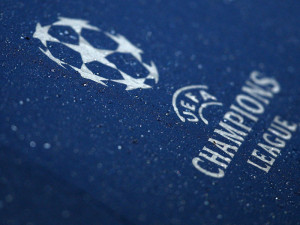 We conclude our Champions League 2013 – 2014 group stage betting preview today with insights into Group G and Group H. You can also browse through our analysis for the other UCL groups below:

Even without big names, Group G is set to produce an interesting battle against some first class quality teams. FC Porto has been drawn as the first seed, and, as always, the portugese champions are favorites to progress to the R16. But Porto again lost their best players and it’s hard for the replacements to raise at the top level immediately. Porto will probably not win the group, and they could even have problems qualifying. Atletico Madrid is the real favorite here, with the spanish cup winners having the best teams in a long, long time. Falcao left to AS Monaco, but Atletico managed to sign a fantastic replacements, David Villa. Los Colchoneros started the league brilliantly, showed they can even challenge Barcelona and Real Madrid and should be the dominant force in this group. 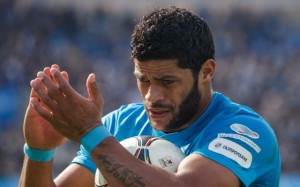 Zenit St. Petersburg should be happy with FC Porto coming out as the first seed here instead of some other European Giants. For the first time ever, the russian side has a real chance to go further. They have more financial power than the portugese (they ‘stole’ Hulk from them) and they are starting to look like a cohesive team after a couple of years of building. Atletico is still too strong for Zenit, but the russians and FC Porto can go head 2 head for the second position. For Austria Wien, anything else than a last place finish would be a colossal surprise. You can certainly put the austrians besides Copenhagen, Anderlecht, Steaua Bucharest, Celtic and Viktoria Plzen as the weakest teams in this Champions League season. They made it to the group stage thanks to a fluke 2-0 away win over a shaky Dinamo Zagreb side, barely managing to qualify in the last minutes at home, losing 2-3.

Group H is one of the most anticipated, with 4 historic teams looking to produce some quality football matches. Despite this, the final standings are rather predictable. FC Barcelona should cruise here, with Neymar getting some european experience and netting some goals in the process. The spanish side is just to strong for the other teams in the group and there is really not much else to say. AC Milan is set to finish second, but it’s unlikely they will have a field day against Celtic and especially Ajax. Milan has a poor defense and is not at top-class level anymore, so expect the italians to have to work for qualification here. 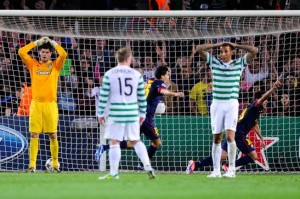 Ajax will try to out-manouver Celtic for the 3rd place, and they should be able to do just that. The dutch champions sold Eriksen and that will hurt them, but they still have a lot more quality than the scottish team and play a more dynamic style of football. If Ajax manages to play at the top of its game, the dutch can take advantage of the hiccups Milan will have along the way, and could challenge the italians for the second place. Nevertheless, Milan should go trough in the end. Celtic will probably finish last, depending on how Ajax presents itself they could maybe try to go for a 3rd place finish but it’s rather a long shot. The scots had a tight tie with Elfsborg and then qualified dramatically against Karagandy, so they don’t really look too good at the moment. They are disastrous on the road in european competitions so they have to win against Ajax at home and get a draw with Milan to even hope for the Europa League spot.

Like I said, the final standings are rather predictable, with just two possible surprises, both long to very long shots (Ajax over Milan or Celtic over Ajax). This could actually be the most predictable group.

Welcome!
Betdistrict is a betting tips website launched in 2013, after seven years of experience in the local market. We provide free tips, betting guides and all the betting information you need.
Free betting tips
We pride ourselves with our quality football and sports betting tips. Every preview on Betdistrict is satisfactory information-wise. Guaranteed!
Highly competent tipsters
'The best tipsters' is an overused and misused statement. We will only say that among us are former bookies, professional punters and former professional athletes. Experience, we got it!


Welcome!
Betdistrict is a betting tips website launched in May 2013, after seven years of grinding and gaining experience in the local market. We provide free tips, betting guides, bookmaker reviews and all the betting information you need. Stick around and you`ll likely find us to be a very good resource.
Free betting tips
We pride ourselves with our quality sports and football betting tips. Every pick, analysis and preview on Betdistrict aims to provide the best information for users.
Highly competent tipsters
'The best tipsters' is an overused and often misused statement. We will only say that among us are former bookies, acclaimed sports writers, professional punters and former professional athletes. That`s right: experience, we got it!